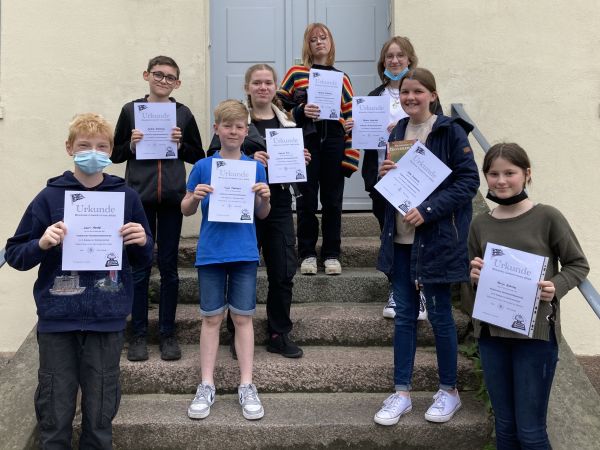 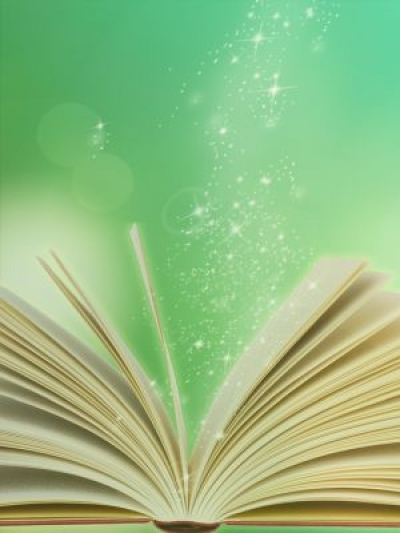 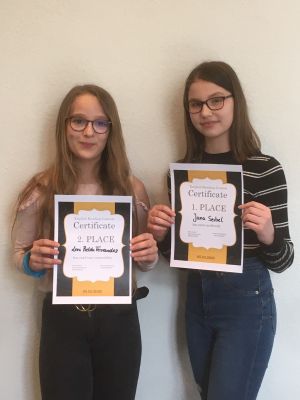 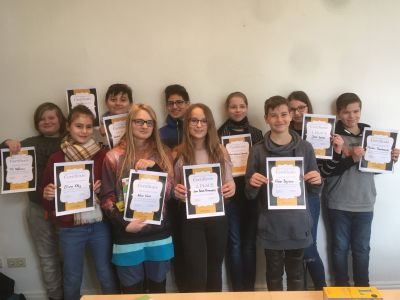 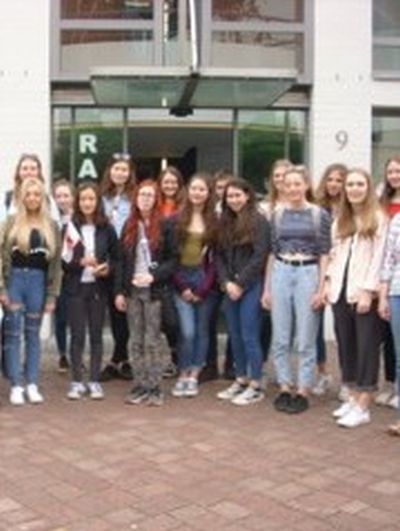 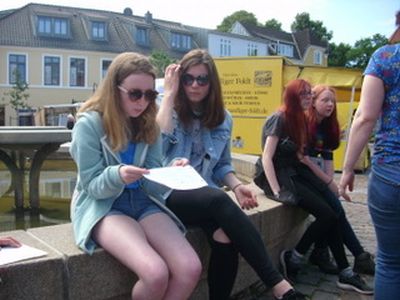 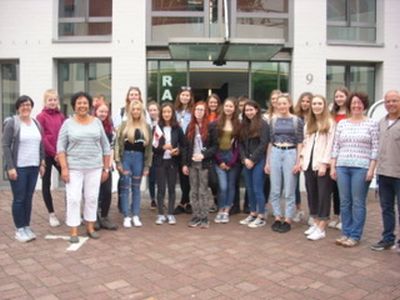 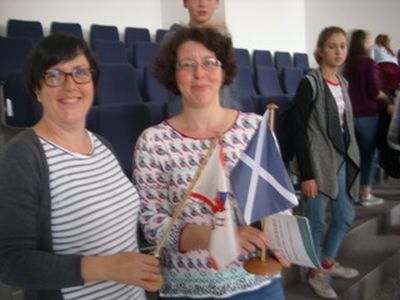 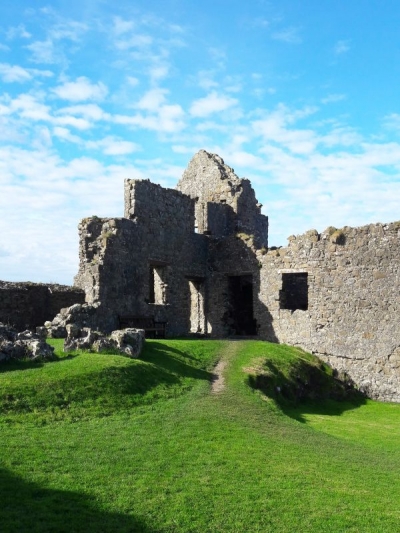 First day in Belfast: sleeping in the street?

First day in Belfast: sleeping in the street?

After a night of few sleep our class Q2a met early in the morning at the Hamburg Airport to start our trip to Ireland. We were curious about what we would explore and with big expectations we flew to Dublin and luckily our bus already waited for us there and took us to Belfast. One hour later we arrived at our hostel and bad news were awaiting: the hostel didn´t know that we were coming so there weren´t any free rooms for us. Mrs. Engeler and Mr. Brütt told us to keep calm and went into the hostel to find out what went wrong. A special adventure just had started! We waited a while outside with mixed feelings, until the hostel managed to get the other guests out of the rooms. We speculated how this was possible. Unfortunately that´s why we lost too much time to get into the beautiful City Hall, which was our favorite building in the city and especially at night the atmosphere around the City Hall was breathtaking. Consequently, we had to change our plan and took a look around the city and enjoyed the beautiful lights during a walk to the riverside.  Finally we finished our day in a pub which was really unique und charming and a totally new experience for us with good music and a nice atmosphere. A perfect end of the day! 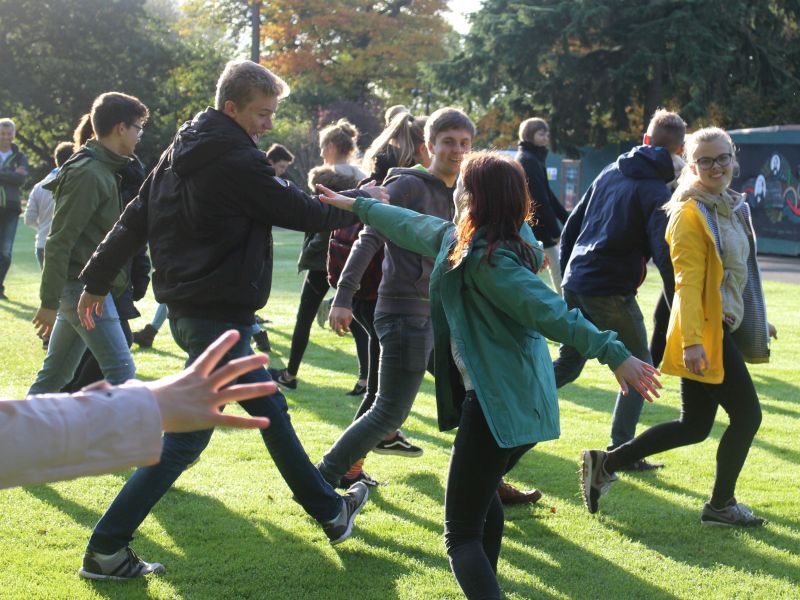 To start our second day in Belfast we played a "warm-up game" in the Botanic Garden. Afterwards we visited the Ulster Museum and we were really surprised. Different than imagined the exhibition was quite varied. We could see dinosaurs, a mummy and many other things, so everybody was able to find something they were interested in. The "high point" of our day was "the Dome" in the shopping mall "Victoria Square". There we had a breathtaking view over the whole skyline of Belfast. After a little break we finally did our muralstour. We formed different groups to have a little competition, which included taking funny pictures in front of the murals. 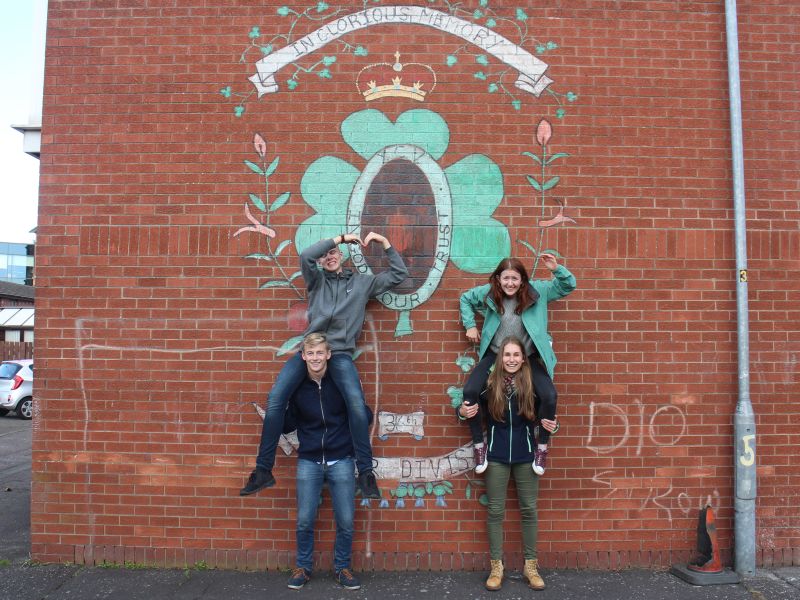 It was a normal morning in Paddy's Palace. The acrid smell of mold and dirt woke us up. We were tired, but still happy to take the bus out of Belfast to get to our great hope: Dublin!

First, we met Mike – our bus driver. He seemed like a calm, well organized guy, but as soon he started the bus, he transformed into our (so far) most crazy bus driver ever! In the first 5 minutes, he crossed three red lights and almost killed a pedestrian walking in front of the bus! Thinking to be close to death for almost two hours, we were thankful to be released at out next stop: The dark Hedges! It`s a place with huge and unique trees where Game of Thrones was filmed.

After taking lots of pictures we continued our bus adventure to the Giants Causeway. It is quite impressive to walk around on basalt columns with their six edges since it is a unique phenomenon and can't really be explained until today.

The next stop was the old Dunluce Castle. Seriously, you won't find a place that looks more Irish than this stone castle, standing hundreds of years on green grass hills, right next to the Atlantic Ocean. Being lucky enough to have a clear view you can see all the way across the Irish Sea to see Scotland, which is just 80 miles away. We spent the next two hours climbing on stones, exploring the cave below Dunluce and almost forgetting that we should really get some lunch. Luckily, we could had another stop at a supermarket, were two students went missing, but when they appeared again; they had almost bought half of the supermarket.

Finally arriving in Dublin everything was organized so that our pasta night could start: we had pasta and a kitchen but never we had never made pasta on our own before, but somehow everything worked out in the end. 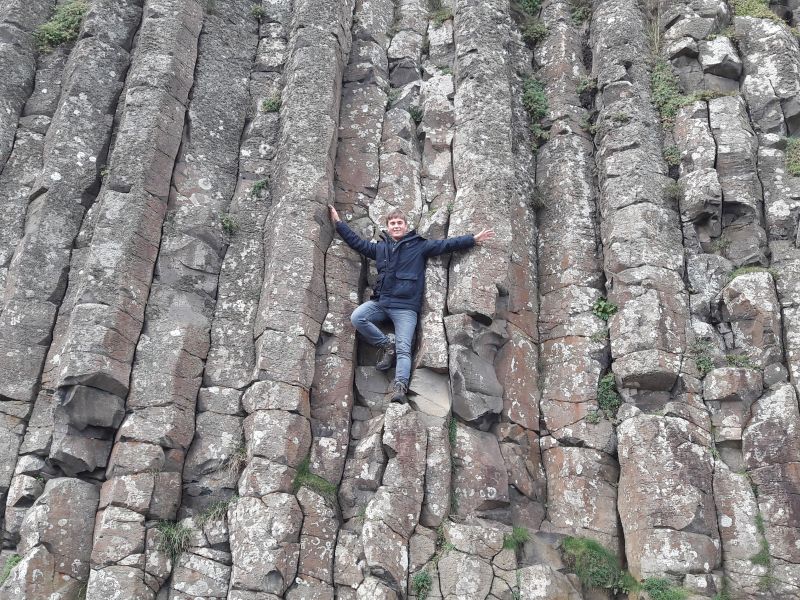 Our day started with a sight-seeing tour and since it took 3 hours it was the death to our feet. But we saw a lot of charming buildings like The Church, which is a pub in an old cathedral and we learned that Guinness’ wife was 21 times pregnant by him.

We ended the tour in Temple Bar, where we had the chance to get drunk in an hour, but like everybody could confirm, we are such lovely and trustworthy students that we didn’t take one sip at that time of the day.

For this reason we were able to fully concentrate on the art displayed in the National Gallery of Ireland. Having seen breathtaking pictures about Irish history, we literally had to gasp for fresh Irish air, which is nowhere as premium as in the Saint Stephen’s Green Park.

In order to interact with Irish, we prepared a very funny and extraordinary challenge. Our classmates for example had to dance with an Irish, do street music and a “Schubkarrenrennen”. To our surprise the Irish were extremely open-minded and willing to have fun with us, so that in the evening every group was honoured with a certificate.

In a nutshell, everybody can admit it was a remarkable, fabulous, indescribable, awesome day! 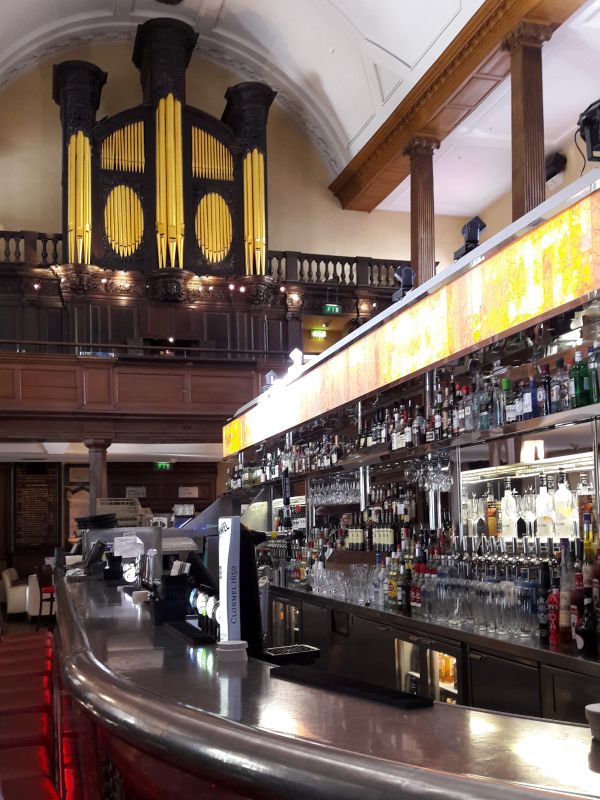 In the morning we left our hostel at 9:30 so everybody could enjoy the comfortable bunk beds for a while. After a simple breakfast we crossed the Liffey from the north to the south side to visit the Trinity College. Our guide, who showed us around, told us the colleges myths and rules. For example, years ago a gunfight took place between drunk students and a teacher, which resulted in the death of the teacher.
The campus is huge and among the old buildings there is an old library, which is called the "Long Room". The books in this library are ordered in a special way: By weight and size!

Most of us went in there to take a look at the old books and the famous "Book of Kells". Part of the exhibition was also the harp that is a symbol of Ireland, but also for What some of our classmates discovered on the restrooms is that they used a certain kind of blue light, to prevent junkies from injecting needles.

After some freetime on the campus, our class had the choice to visit one out of three museums, but unfortunately one of them was closed that day. During our visit we had to do some tasks like taking selfies. The rest of the afternoon could be spent with shopping, exploring the city or enjoying the Irish food. Milena even decided to go geocaching and was lead to the special places of Dublin.

For dinner we ordered pizza with fries, but we were not sure whether it would be delivered, because the restaurant seemed to be overtaxed with such a large order. Finally after waiting half an hour, we could enjoy the lovely meal.

The evening could be spent in an Irish pub or in the basement playing table tennis or billiards. 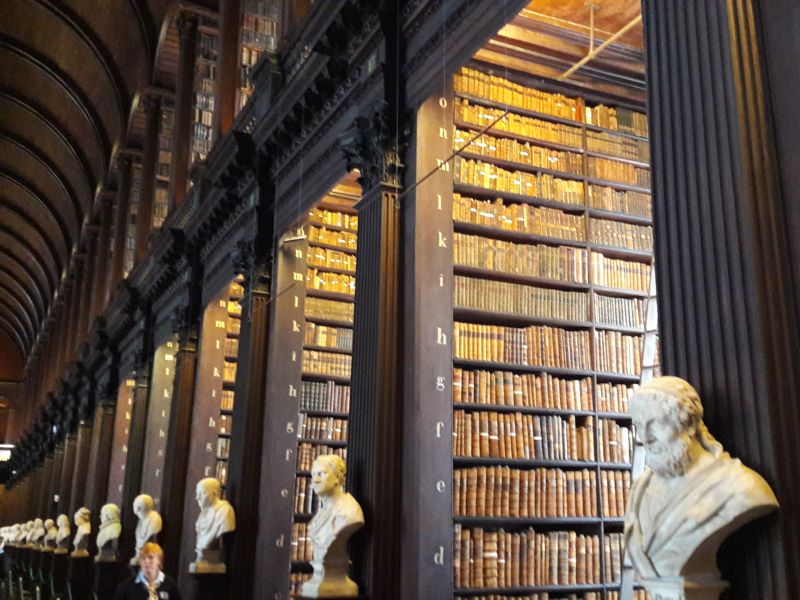 Our last day: rainy mountains, the Guinness Lake and crazy Valentine (don´t tell him we called him Valentine)

Our last day: rainy mountains, the Guinness Lake and crazy Valentine (don´t tell him we called him Valentine)

The first thing our Paddywagon-Busdriver shouted through his microphone was “Are you sexy???”.

Then the most funny and extremely entertaining history lesson followed, combined with a lot of weird noises and screams “Yeey, let´s have some fun guys, I love you!!!”.

Val had a little fluffy toy potato, called Angela Murphy, who has actually a Facebook page, he planned to marry her the next day.

But first he let King Robin marry Milena, but he sadly had to divorce them at the end.

The first stop was the Guinness Lake. It really had the color of this blessed drink and a white beach which imitated the foam on the top. The view was beautiful, we somehow felt stuck in a Lord of the Rings movie, and we asked Val to take a nice class photo, now we have a hilarious selfie of our smoking bus driver Val on David's mobile phone. Because of his trustworthy character Robin became the chosen one who cared for our sweet potato Angela when we left the lovely Paddywagon heading to the Wicklow Mountains. Of course this day was the first rainy day since we arrived in Ireland. Our first attractions were the old ruins of Glendalough; a little historic village where mainly priests lived. Later on it became the home of many miners who dug for minerals in the mountains. After we left this great place we went into the Wicklow Mountain National park. It's an enchanting spot which distinguishes itself by its unique and untouched nature. Because of the weather we couldn't stay there for too long so we went to a beauteous waterfall and the Upper Lake the two main attractions. After we enjoyed the nature for a few hours, we went back to the Paddywagon where Val was already awaiting us. The last stop before we went back to our hostel was a little town in the border area of Dublin. When we were there we had time to grab some food and visit the city as well as the harbor. When everyone was back in the bus we drove back to Dublin. On our way back Val played some Irish music. In the evening everyone was happy to be in the hostel. Even if it was pretty exhausting everyone liked our tour especially because of Val. 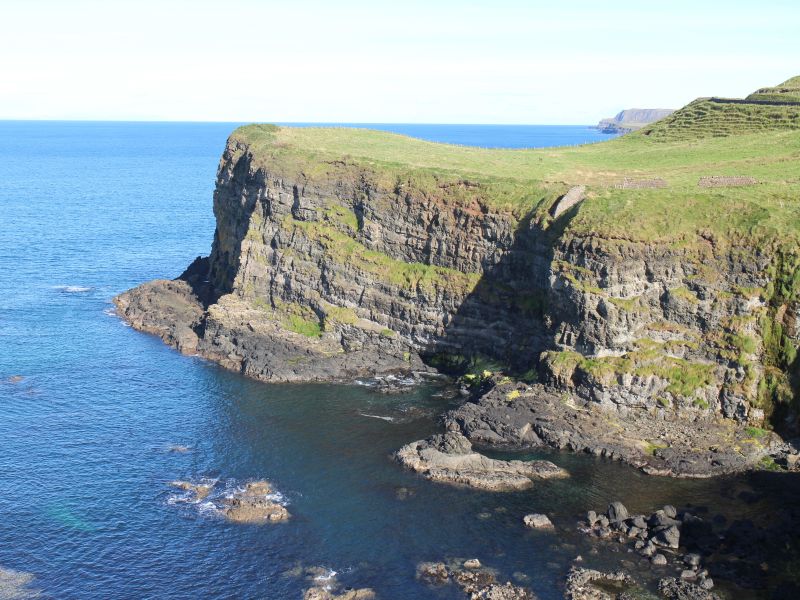